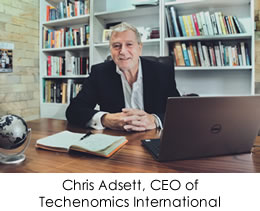 Techenomics performs a range of tests during its specialised oil analysis procedures and we are often asked what the term TBN refers to and why it is important. TBN is the Total Base Number of the oil and the higher the TBN, the more acid that the oil can neutralise.

TBN depletion results in the oil not performing as it should which can lead to engine wear and lost production.

New engine oils typically possess TBNs from 5.0 to 15.5, depending on manufacturer and intended service.

He says one cause of TBN depletion is the use of low-quality, high sulphur fuel. “During the combustion process, this sulphur turns to sulphuric acid and in turn, accelerates TBN depletion.

“Other causes are overheating and over-extended drain intervals, which can cause oil oxidation, the products of which are acidic.” 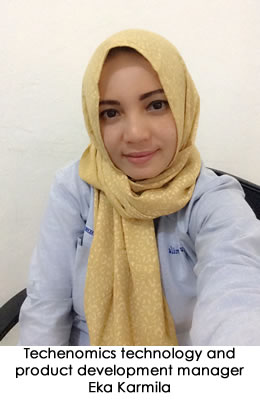 “These labs generally use the ASTM D 4739 test, which utilises hydrochloric acid.

“Oil manufacturers have typically used ASTM D 2896 and their labs are set up to deal with perchloric acid, which is toxic and hard to handle.

“In addition, this test can measure both the ‘hard base’ from metallic detergent as well as the ‘soft base’ from organic, non-metallic ingredients.”

She says this is a more accurate measure of TBN but more difficult to manage, which means most production oil labs prefer to use the safer, faster, easier to handle and more cost effective hydrochloric acid tests.

Eka Karmila says the old rule was to change the engine oil when 50% of the new oil TBN had been consumed. “Because of the virtual absence of high sulphur fuels today, this is no longer the case, but it is important to carry out regular tests to check for TBN owing to the many variables which can lead to acid build-up.”

“These days,” she says, “other parameters are important to maintain engine durability and extended service protection, such as oxidation stability, wear control and effective soot dispersal.

“A balanced oil has multiple performance abilities and TBN is just one of the performance measures that are important in today’s high-performance engine oils.”

March 19, 2018 by techsingapore in Uncategorized