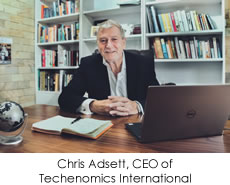 Techenomics testing predicts issues before they arise
A high sodium level in oil is a cause of concern as this impacts the performance of the oil resulting in poor productivity or equipment breakdown.

If sodium levels are higher than recommended, or have been trending higher, action must be taken to remedy the situation.

Techenomics’ oil analysis data displays how much sodium is in the oil, providing operators with an effective window into the internal health of engines and equipment.

Techenomics Technology and Product Development manager Eka Karmila says elevated amounts of sodium will significantly thicken the oil, which means it is not as effective as it should be as far as lubrication is concerned.

Sources of sodium include coolant, saltwater, additives, grease thickener, base stocks, dirt and road salt. These sources are generally placed in one of two baskets - sodium as an additive or as a contaminant.

“Detergents are a primary additive. They are commonly added to engine oils to neutralise acids, including sulphuric and nitric acids, which are produced in internal combustion engines as a result of the combustion process,” she says.

“Detergents remove neutralisation products from metal surfaces and form a film on surfaces, preventing deposition of sludge and varnish at high temperatures.” 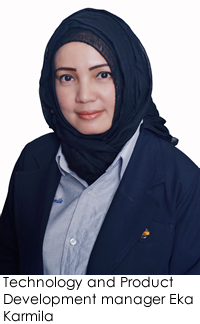 Eka Karmila says major contaminant sources are coolants and antifreeze. “If oil analysis shows elevated sodium it can mean a coolant leak but if the data also reveals high potassium levels, it is more than likely to indicate the presence of antifreeze.

“Other key elements to look for are boron, chromium, phosphorus and silicon which are all associated with antifreeze and can indicate that there is a coolant leak.

“High sodium levels can also indicate water contamination which results in oil changing from clear to milky in appearance,” she says.

“An analysis report indicating moisture contamination is a cause for concern as moisture rusts iron, promotes corrosion on other metal surfaces and can destroy the lubricant.”

Techenomics has two effective laboratory procedures to confirm the presence of water in oil – titration and crackle testing.

The company’s CEO Chris Adsett says the latest technology is used by qualified staff in accredited laboratories to accurately analyse oil samples. “Our staff are always on hand to advise clients how to use the data to carry out effective preventative maintenance programs, thereby saving time and money caused by unnecessary downtime or equipment failure.

“There are a range of tests available to identify causes of leaks and of sodium, moisture and other contaminants, and our staff can assist with expert advice and can make on-site visits to help with effective sampling and testing,” he adds.

April 24, 2018 by techsingapore in Uncategorized