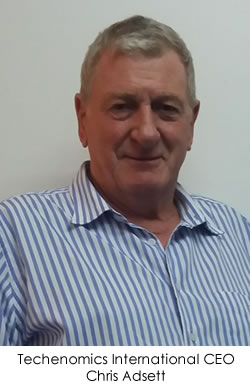 KPC operates the Sangatta mine which boasts one of the world’s largest thermal coal reserves and is one of Indonesia’s largest operating mines.

KPC has also started trialling the use of tungsten disulphide (WS2) additives in lubricants with the aim of obtaining more productivity from machinery used at its operations.

The nano-sized WS2 additives have superior lubrication properties when added to lubricants resulting in lower operating temperatures, and providing greater power and fuel efficiency as well as reducing component wear. An extra benefit is a reduction in the amount of emissions.

Techenomics is distributing the NanoLub WS2 additives throughout its network and its independent tests have demonstrated an improvement of up to 259% in time to failure when using WS2 in engine oils over other additives that do not use tungsten.

When used in gear and transmission oils there have also been up to 74% and 43% improvements in time to failure respectively.

KPC owns mining concession areas spanning more than 90,000 hectares in East Kutai Regency and up to 12 open pits can be in operation at any one time.

Techenomics CEO Chris Adsett says the latest Indonesian contract is further indication that the oil analysis and fluid management services offered by Techenomics’ are important factors in maintaining and boosting productivity for the global mining industry.

The independent, state-of-the-art expertise Techenomics brings to the table enables companies to stay ahead of the competition simply by analysing oil and managing fluids.

“As part of a regular maintenance program, this process identifies issues with equipment, vehicles and plant before they occur, thereby reducing downtime and resulting in cost savings.”

The oil analysis contract is in addition to a three-year fuel survey and analysis services contract which concludes on 31 May 2018.

With this contract PT Tekenomiks Indonesia has been analysing diesel fuel samples from KPC’s barges, conducting tests of Fame samples from the barges, analysing blended fuel and carrying out quality analysis from tank storages.

“The contracts are indicative of the fact that Techenomics can support customers in obtaining maximum value from all of their lubricants and fluids,” Chris Adsett says.

December 28, 2017 by techsingapore in Oil analysis